I attended my Academic training at Jaipur Chapter. It was highly enriching experience. The faculties are up to date.

It was a great experience studying at Jaipur Chapter. It provided me a golden opportunity to learn technical as well behavioral skills, as part of the Programme. I get proper information from the Jaipur Chapter when required and it helps me in the further planning. 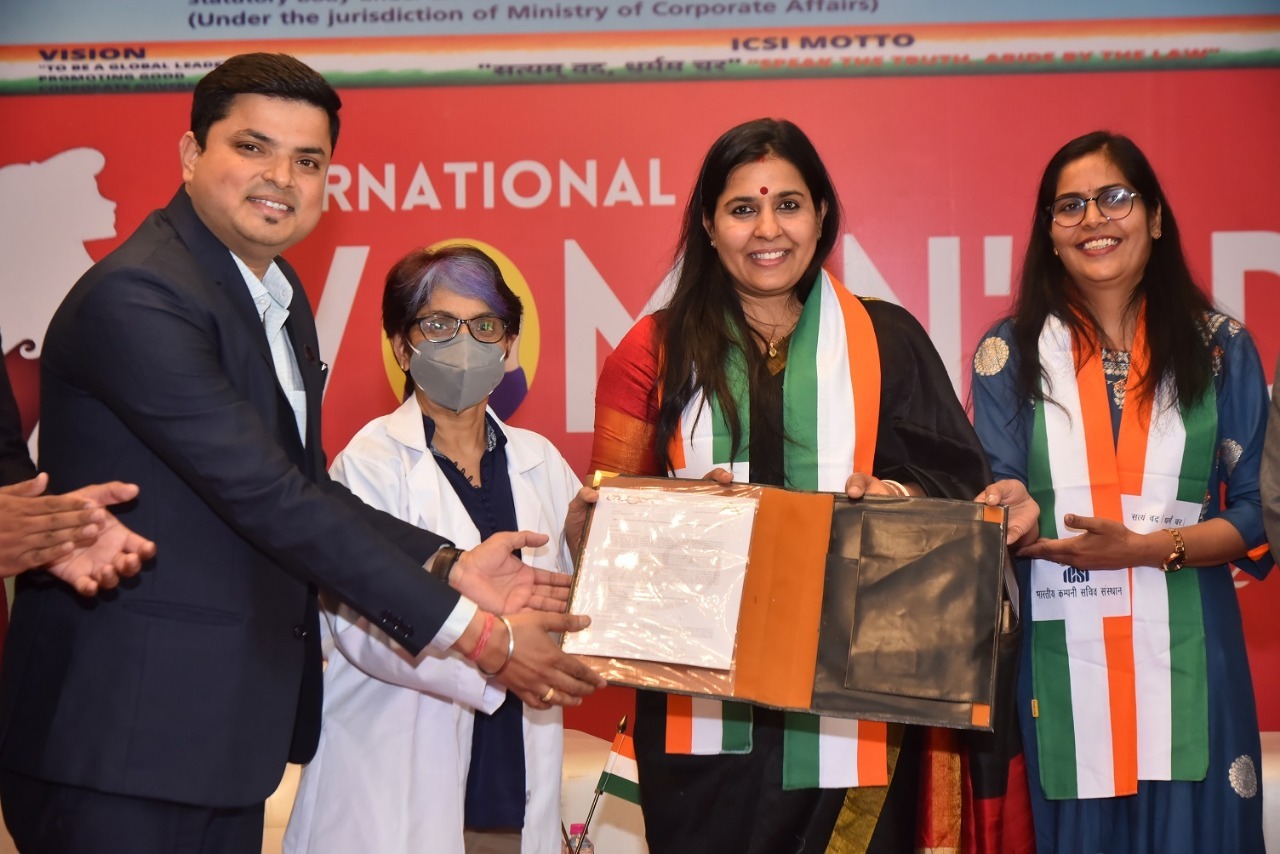 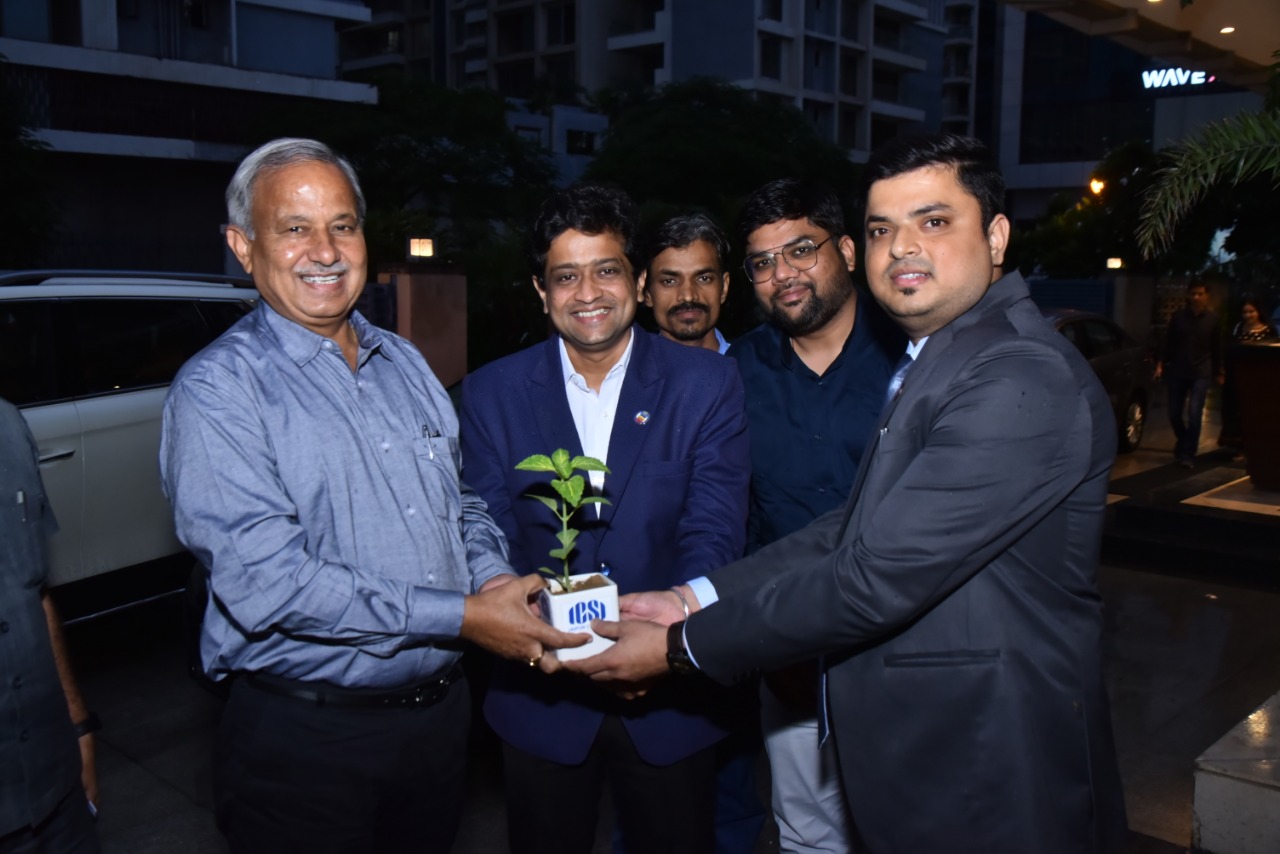 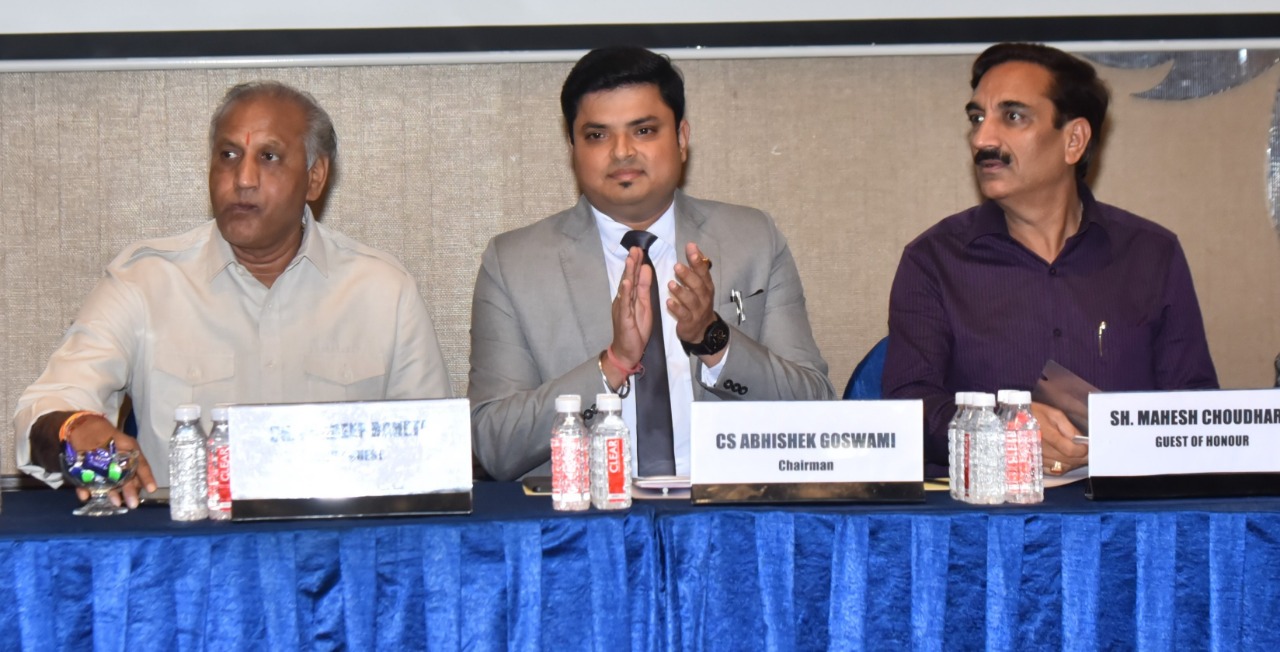 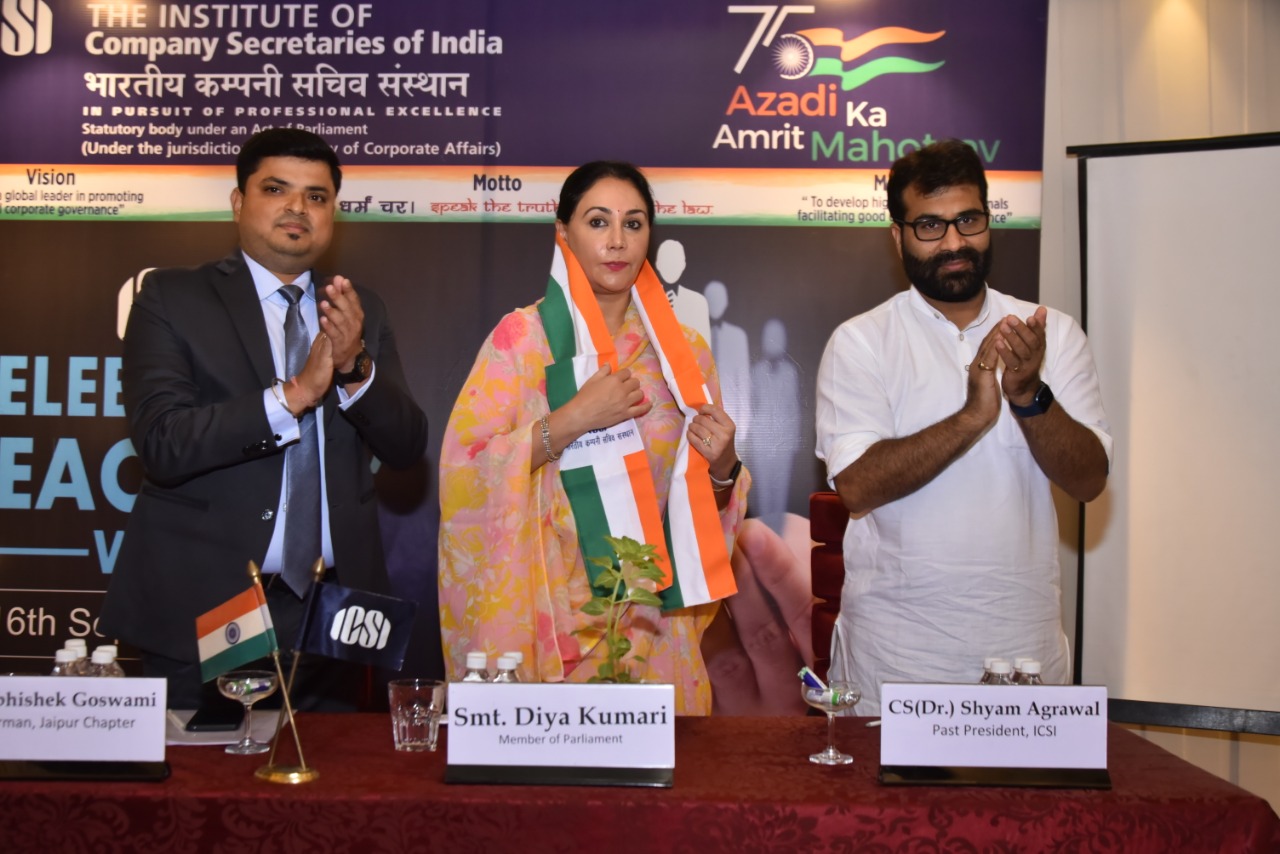 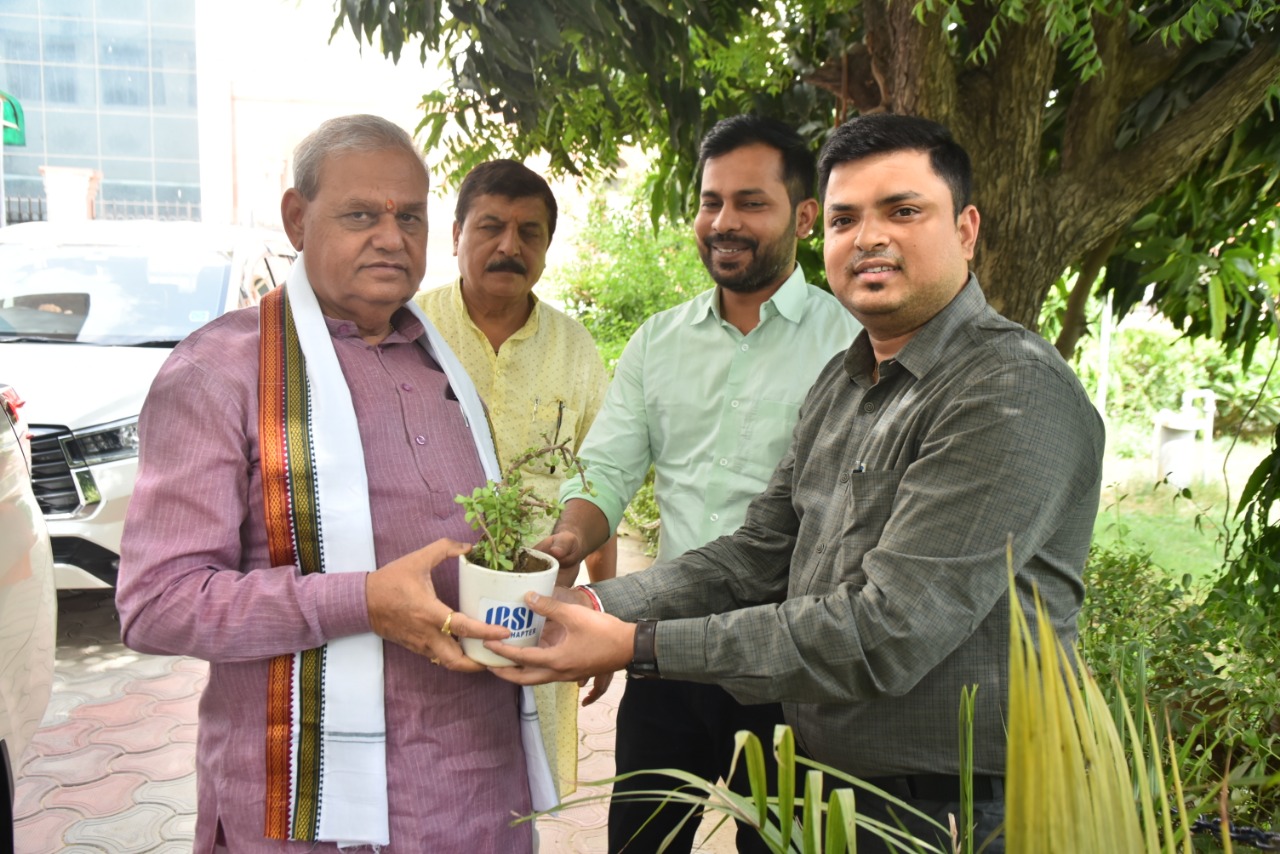 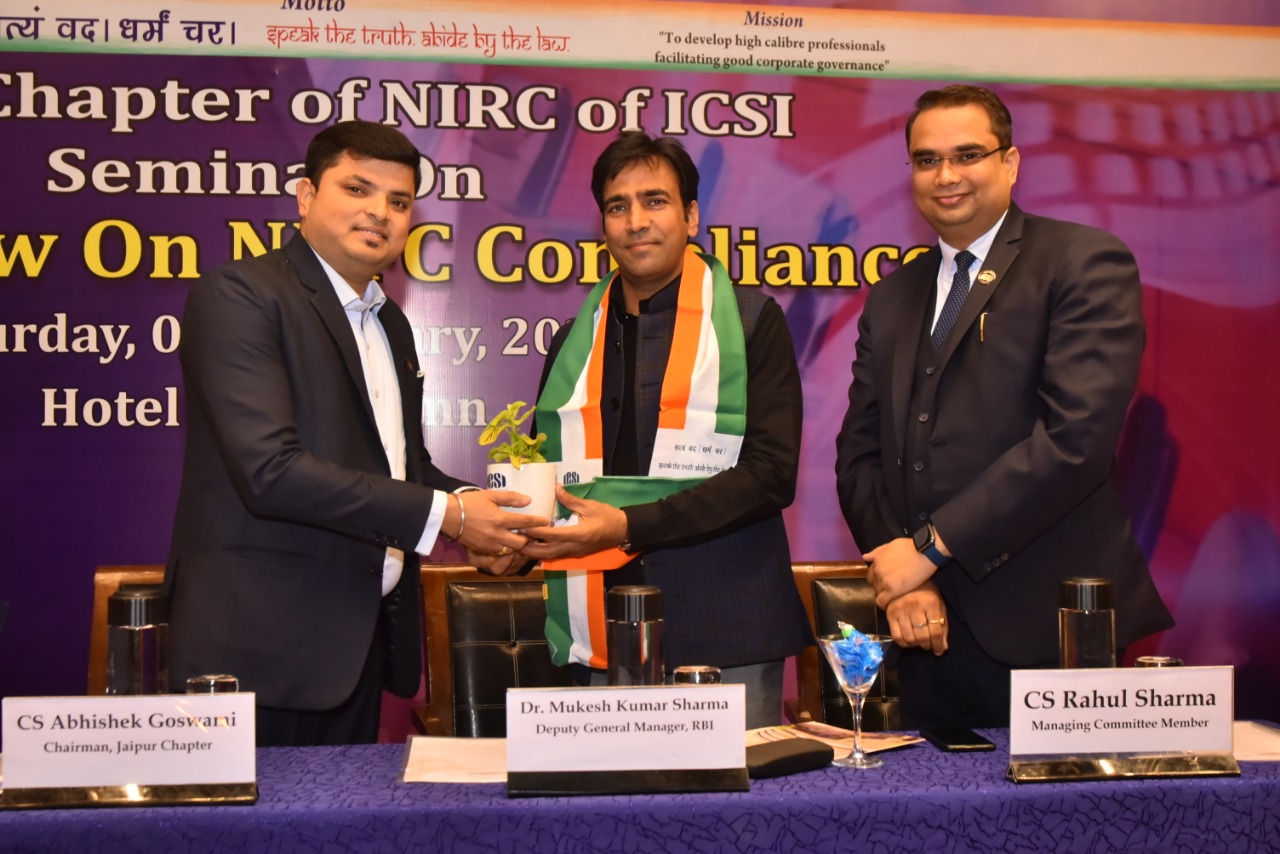 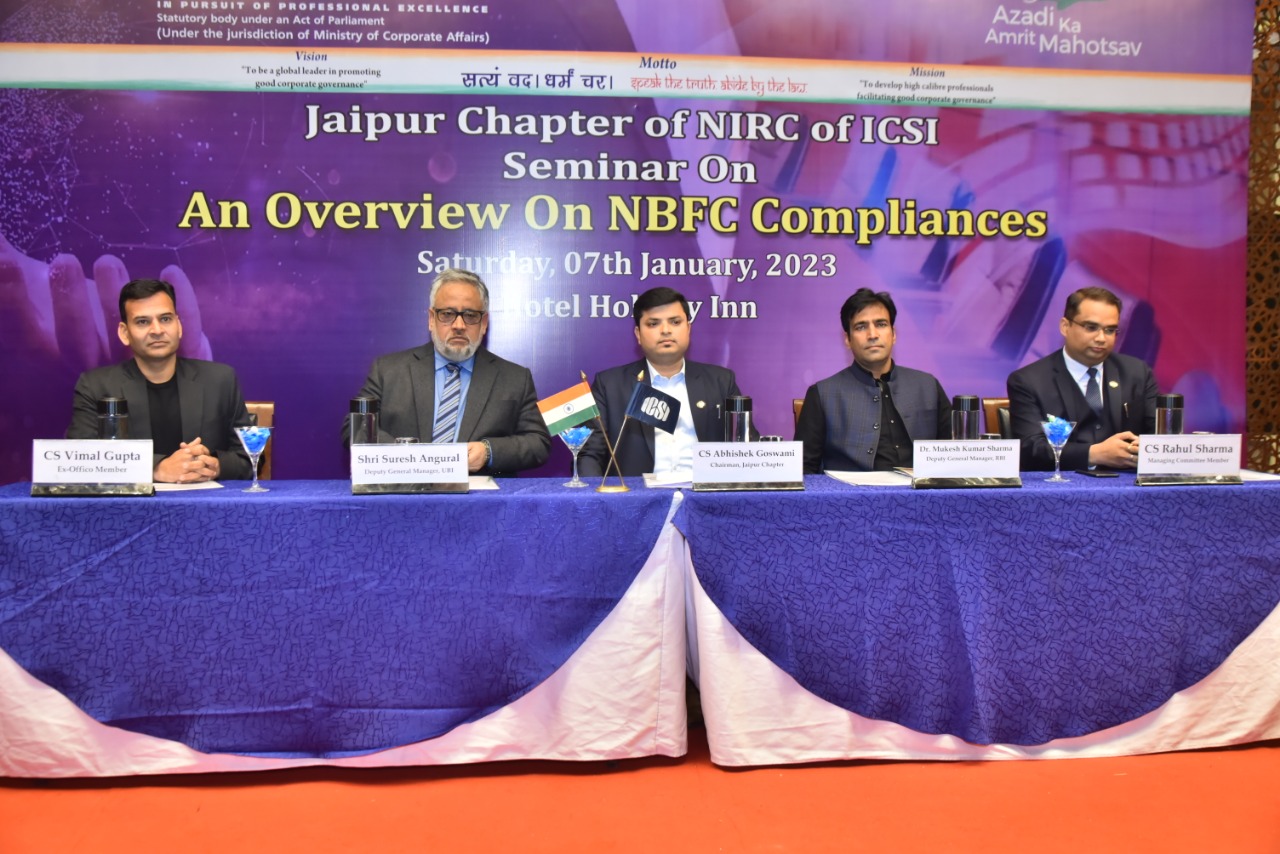 Eligibility: 10+2 pass or appearing 10+2 Exam of
any stream except fine arts.

Cut Off Dates: 15th April for Exam in May,15th June for Exam in July, 15th October for Exam in November of the same year and 15th December for exam in January
of the next year. 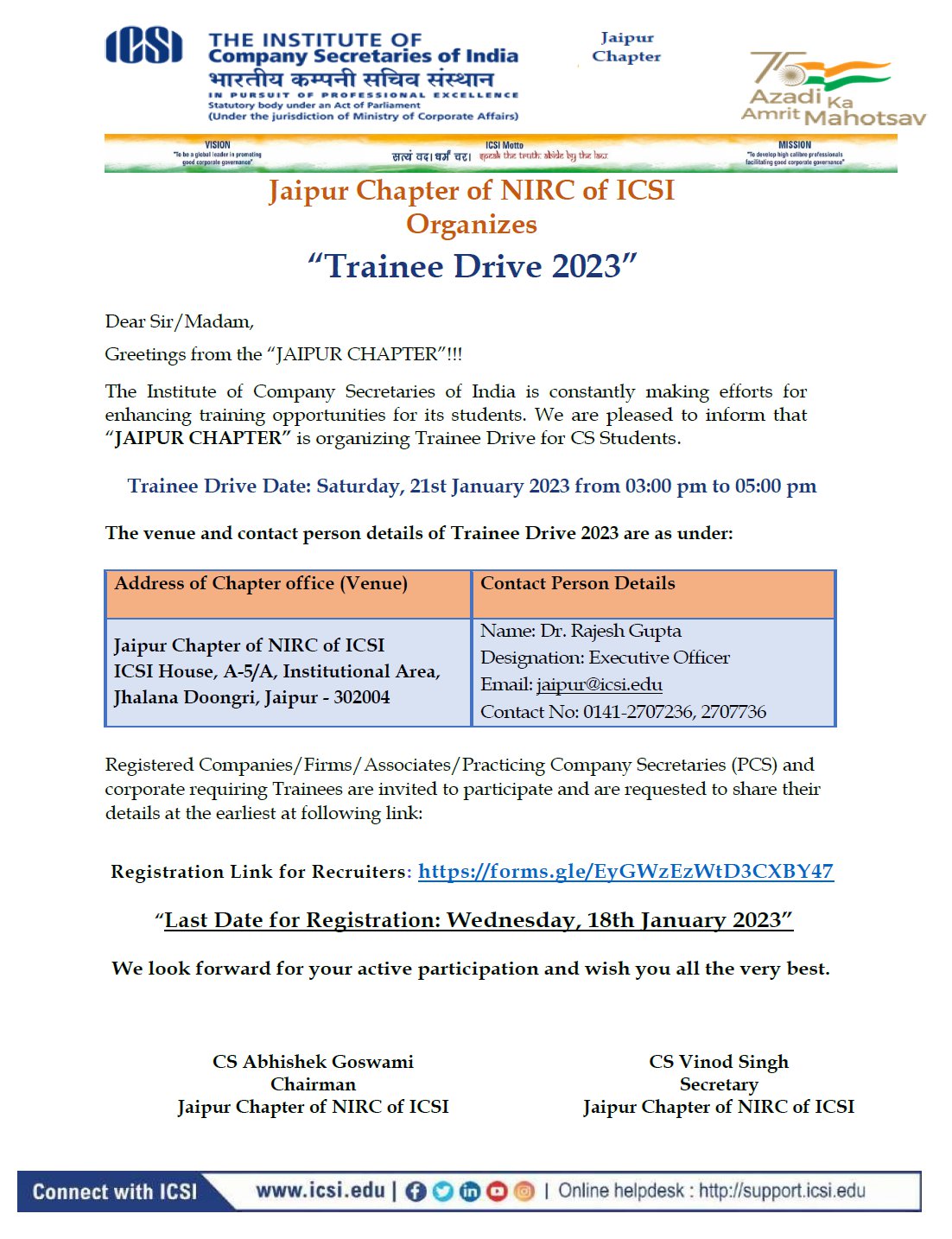 Vendors/Colleges empanelled to provide Special discount for ICSI Members on the Products/ Courses sold/offered by them:

Jaipur Chapter is one of the largest and leading chapters of ICSI. Jaipur Chapter was constituted on 16th day of October, 1976. Foundation Stone of the Building was laid on 23rd November, 1988 by Shri Shiv Charan Mathur, former Chief Minister of Rajasthan. The Chapter Building was inaugurated by Shri Rajesh pilot, former union Council Minister on 20th October, 1991 which was renovated and inaugurated by Shri Vinayak S khanvalkar, past president, The ICSI. Jaipur Chapter has a Separate Student Services Section to serve the students.

Jaipur Chapter is Platinum Chapter of the ICSI.

Jaipur Chapter Since its incorporation continuously achieving new heights and effectively serving the stake holders i.e. Members, Students, and Government Sector and is committed to serve the profession of Company Secretaries with full vigor.

Some of Major Landmarks of Jaipur Chapter of NIRC of ICSI 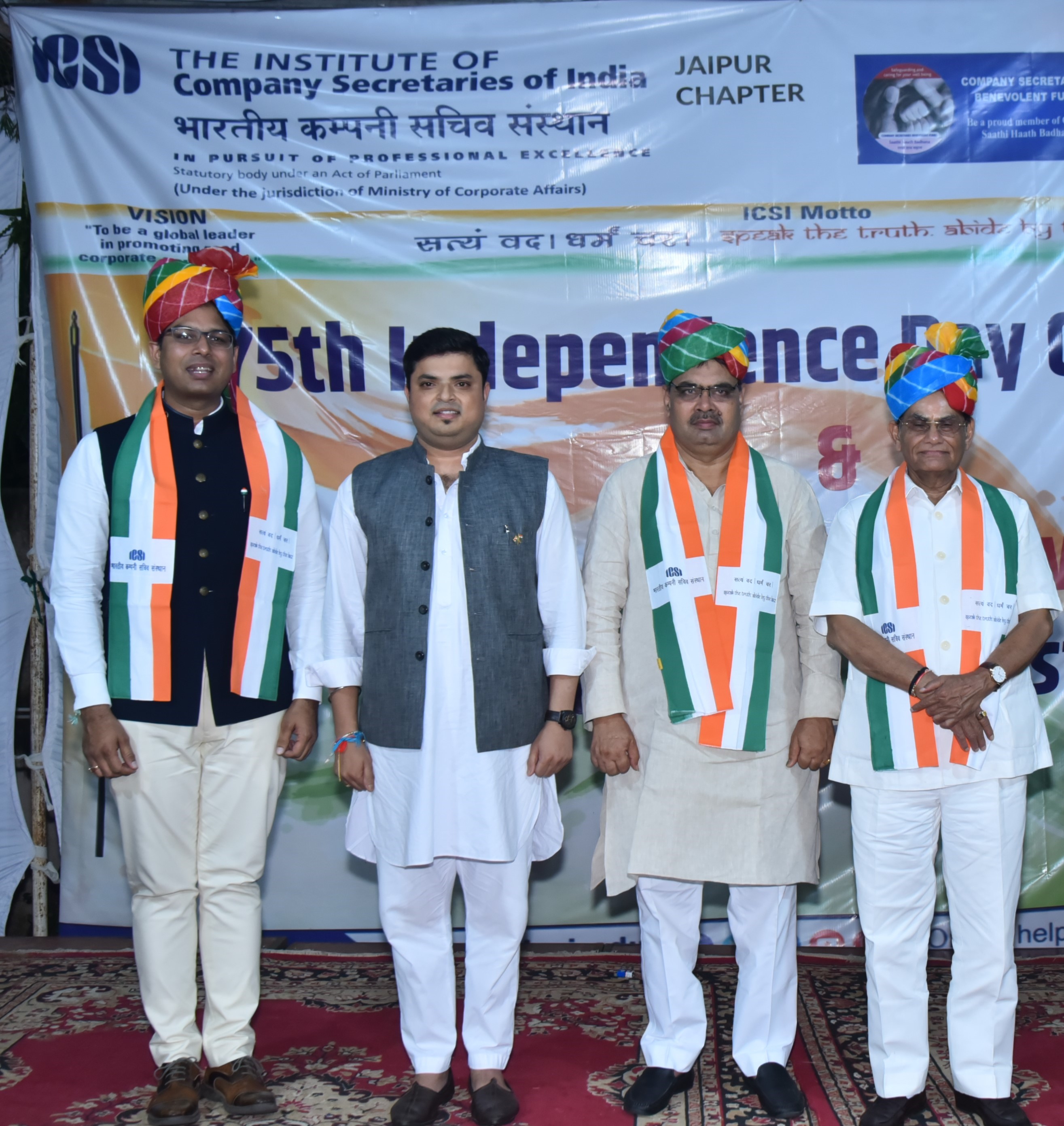 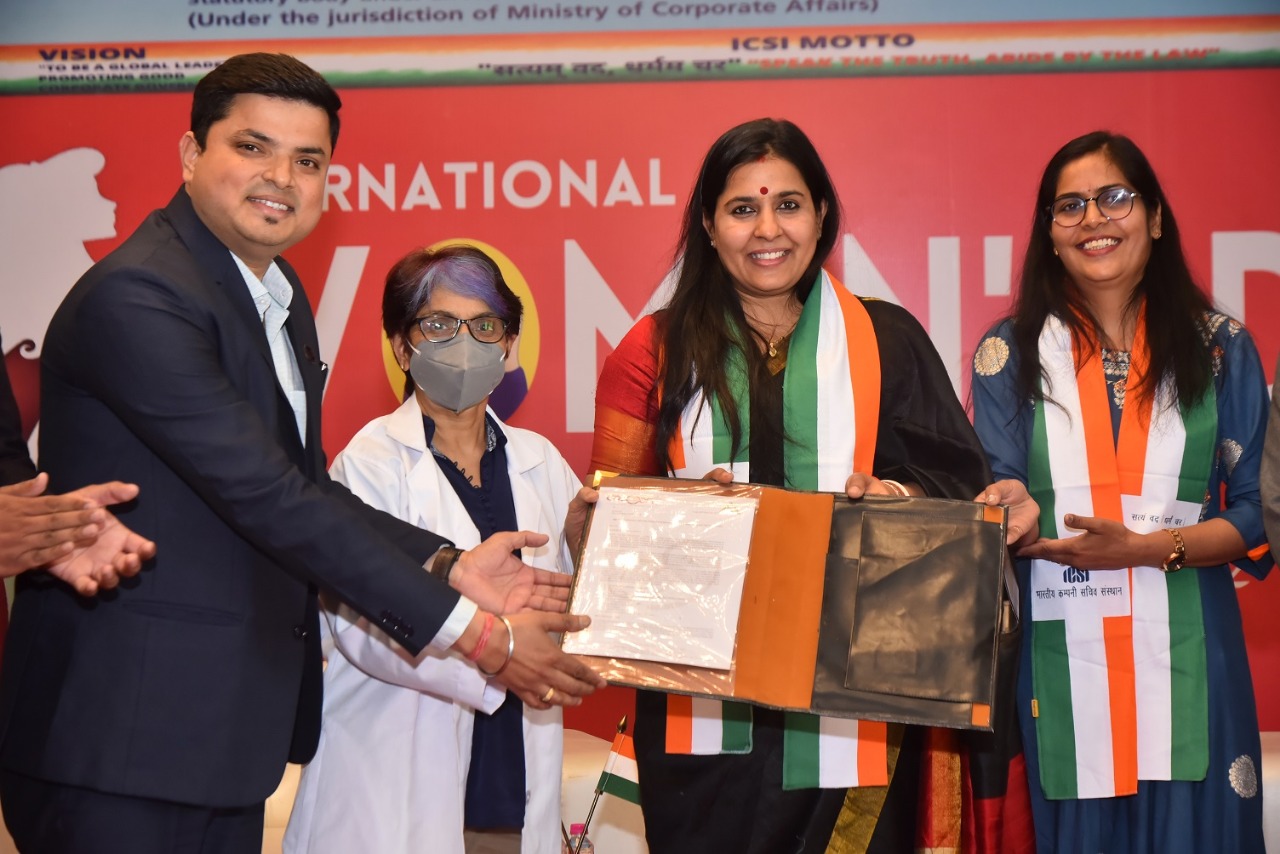